This is from a project where the design presented the opportunity to create a female African-American character. I jumped at the opportunity as there are many models and great reference to use, and it's painfully under-covered in the industry to put it frankly. I was so excited and enthusiastic to be working on this project.

So you can imagine my disappointment when the client shied away from this direction and asked that the character be changed to be more Caucasian. This was a gut punch for many reasons, so I planned to re-visit the character and realize the original vision. This is that original character. I hope you like her.

I love styling hair with a hair shader and that is not for real-time application which requires rendering on flat planes. Modeling the jewelry was alo a lot of fun.

The model was created in Zbrush and rendered in VRay using 3ds Max.

Many 3d head models have similar edgflows unless there will be unique poses required or there are any unique features. Even so, the model starts with a base model that has a basically universal approach to edgeflow. 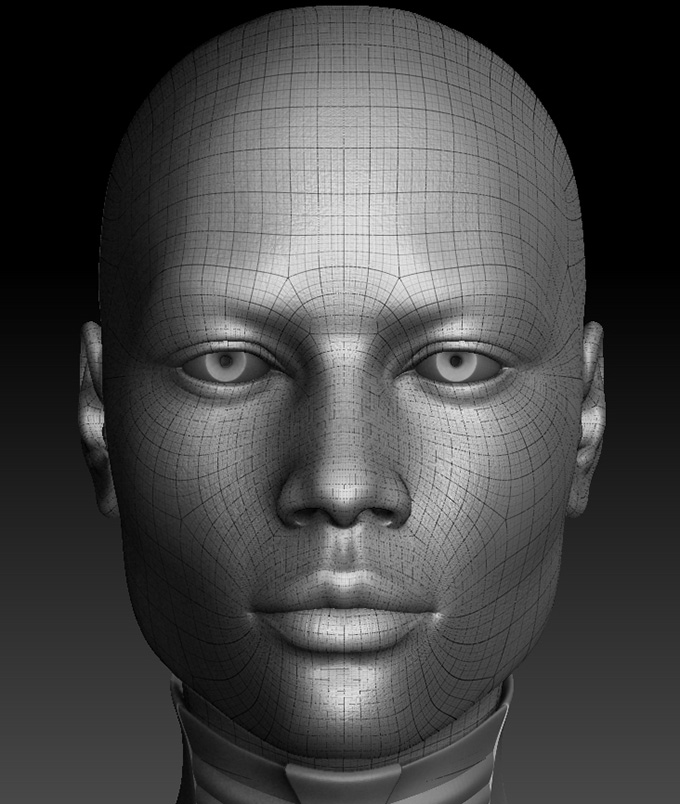 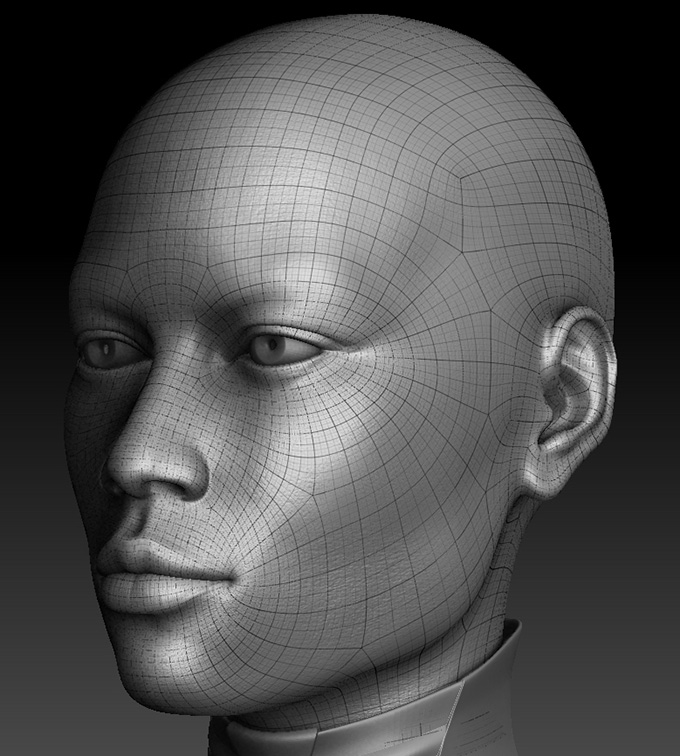 The basic challenge with an attractive 3d model, based on reality, is putting all recognizability possible into the bald 3d model. This usually means a raw un-textured appearance that is hard for clients to visualize. 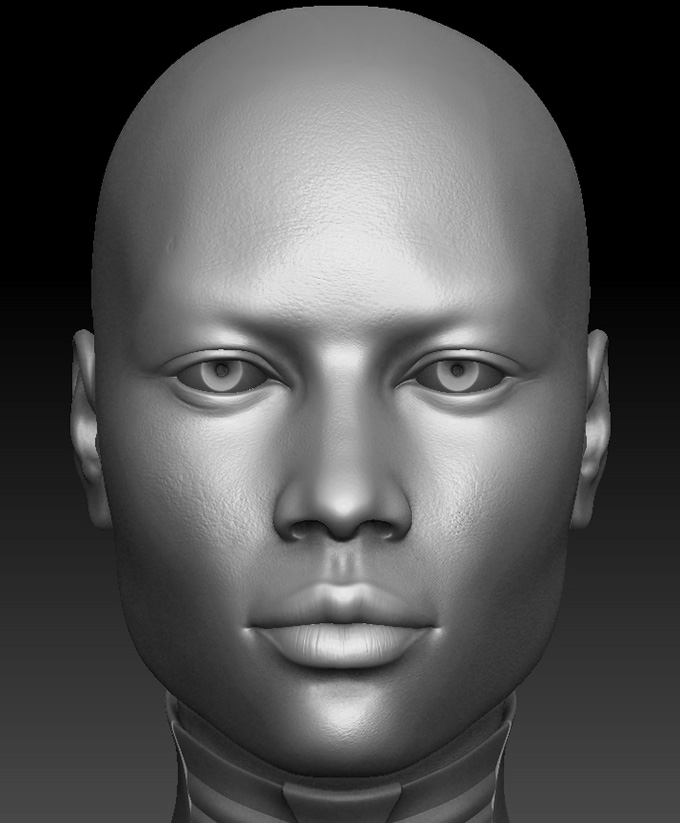 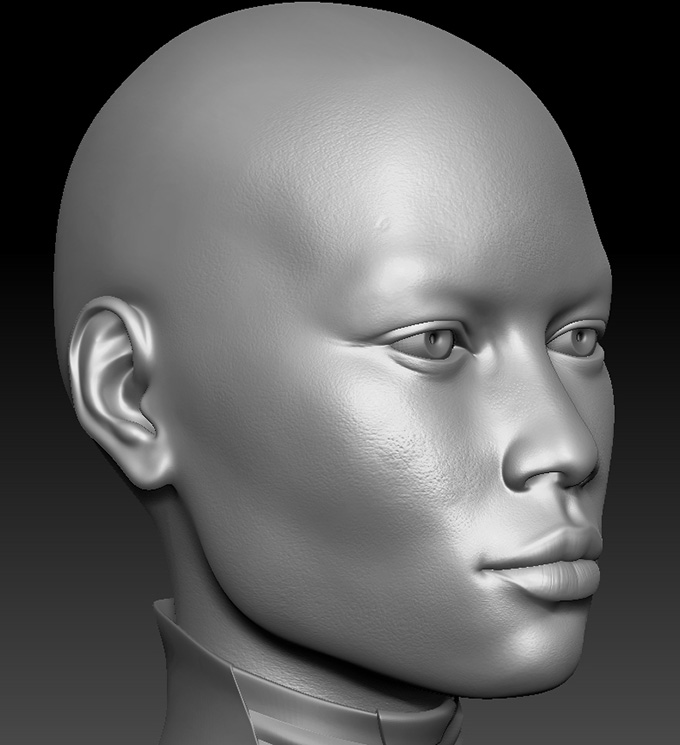 Another needed but potential off-putting feature is the pores and wrinkles in skin that even the youngest of ingénues have. These were painted in ZBrush where the normal maps were rendered.

I prefer to think that in this case where the client didn't like the african-american look, it was more about having trouble visualizing the character without textures and hair.

Hair setup requires emitters objects or shells and hair guides. These guides appear at the vertex points of the emitter to produce a controlled comb or style. 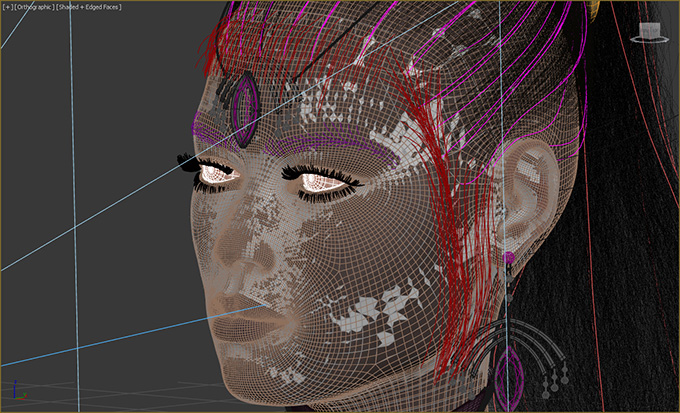 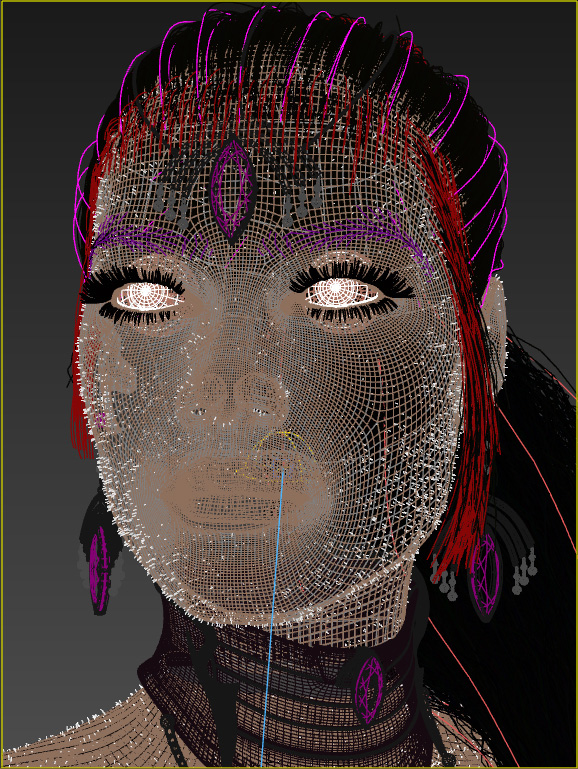 There are several emitters in this scene. One for most of the skull, another for the eyebrows, one at the hairline for the shorter hair in her hairline, and the final micro hair on the exposed skin areas of the face, shoulders, neck and ears.